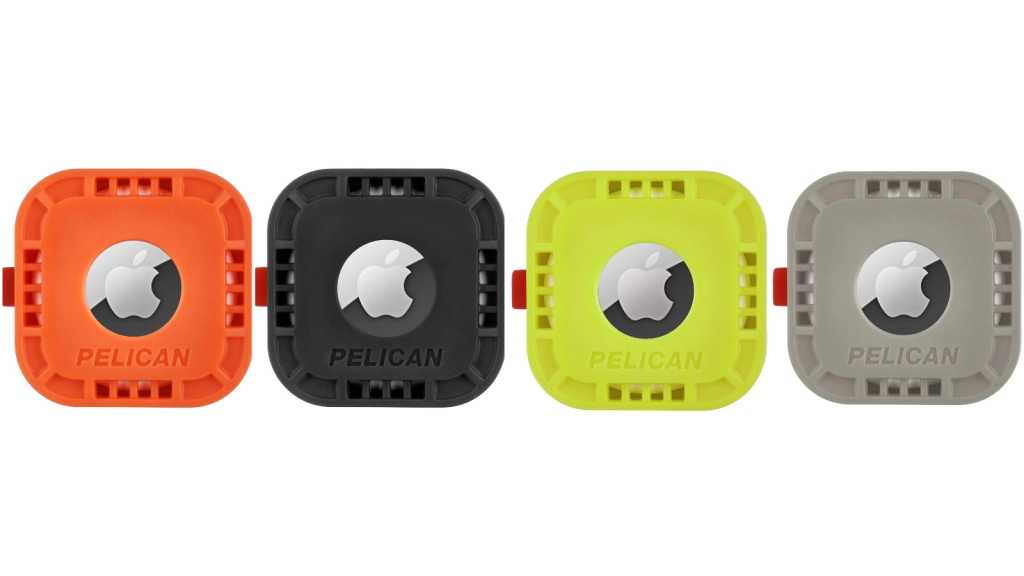 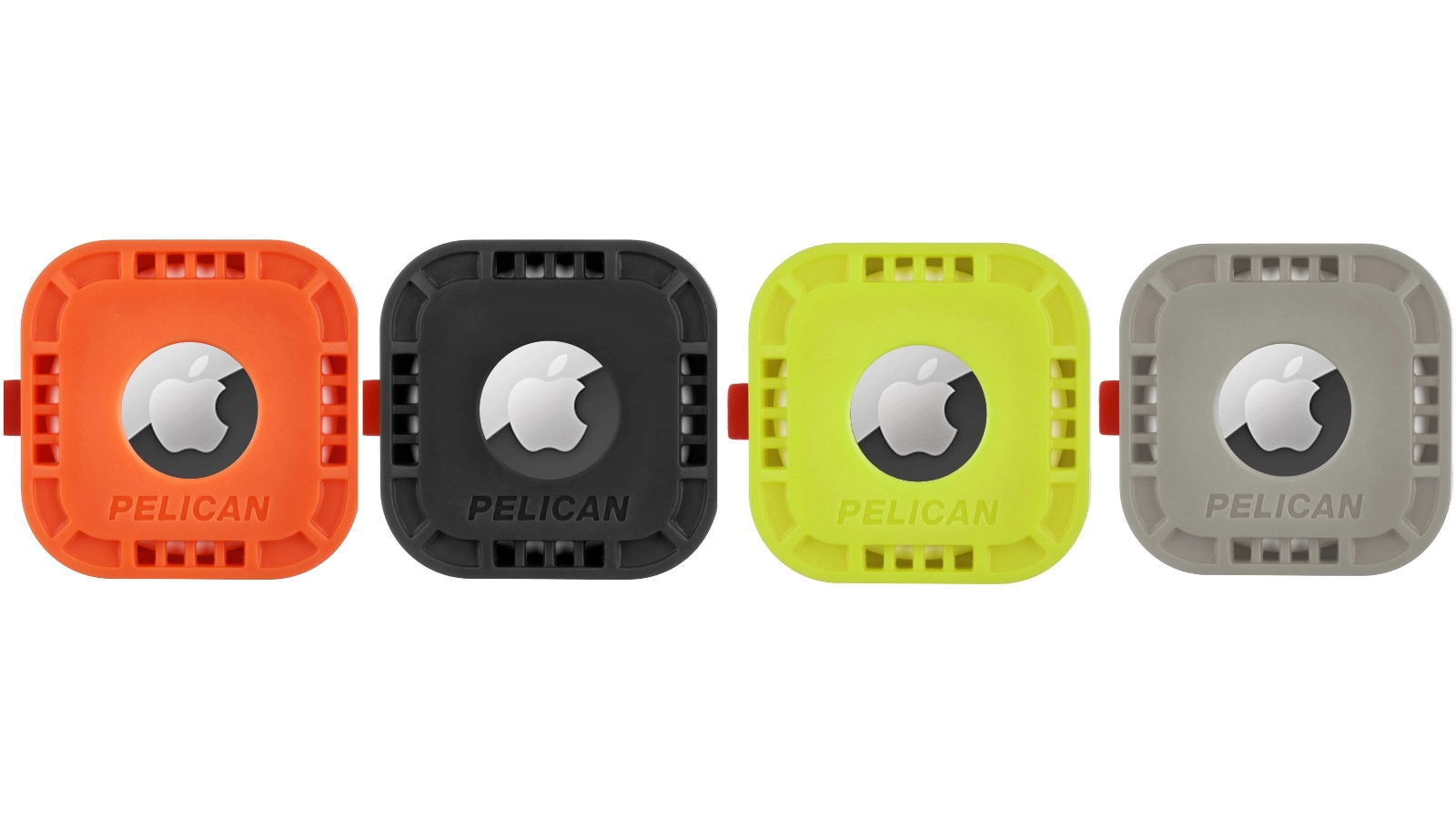 If you want a near-permanently adhered AirTag case that doesn’t hide itself and is easy to swap an AirTag in and out of, pick the vibrant orange Protection Sticker Mount.

Some AirTag cases are made for hiding; some are made to submerge for half an hour, meters below the surface; some to make the AirTag unremovable. The Pelican Protector Sticker Mount Case is none of these but it absolutely has its place in the AirTag case universe.

The Protector case has a safety orange version with a two-part design that lets the AirTag Apple logo peek through a circular cutout. You can also opt for more identically designed versions in subdued gray or black. I tested the orange version.

To insert the AirTag, you unsnap the case into two pieces. Once inserted and snapped together, use the adhesive already attached to the case’s bottom to stick it on to any flat surface that’s about 1.5 by 1.5 inches. The case is firm but slightly malleable, giving it both rigidity and resistance to damage.

Pelican relies on 3M VHB adhesive for attachment, which creates a near-permanent mount that becomes stronger over time. However, Pelican designed the case to let you snap the top off and leave the connected part attached. That lets you replace an AirTag battery without removing the adhesive, or you can remove the AirTag. Pelican also includes an additional die-cut sticker with the same adhesive as a replacement if you need to move the Protector.

If you don’t need a water-resistant case, relying instead on the AirTag’s IP67 rating (up to 30 minutes immersion at up to 3.3 feet/1 meter), the Protector Sticker Mount Case lets you easily spot where you put it and offers easy AirTag access.