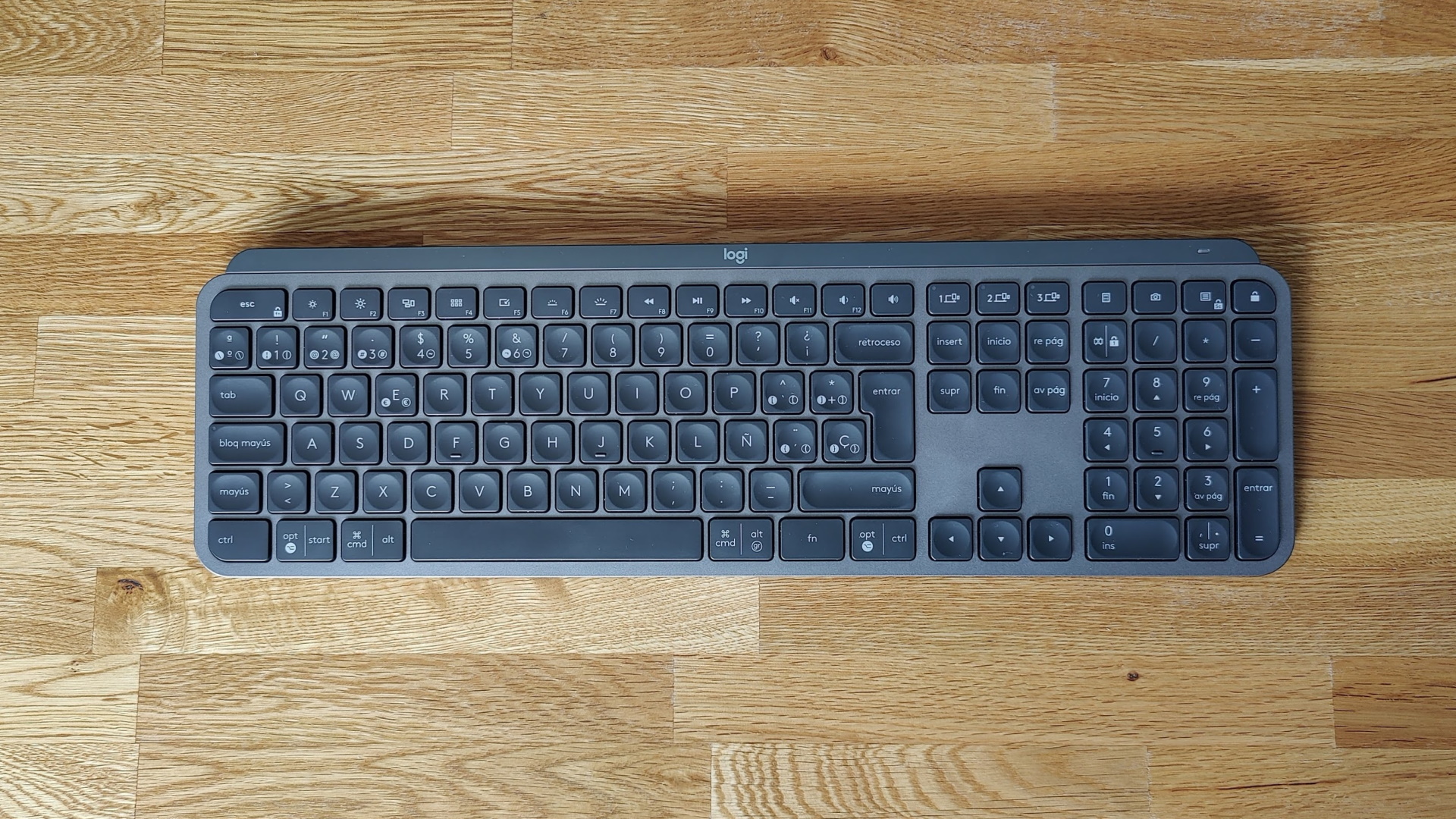 A few months ago I finally did it. I built my first PC.

After years of waiting for GPU prices to drop and days of deliberating over components, I locked in my choices on PCPartPicker. However, there was one crucial item I wasn’t quite sure about: the keyboard.

I’ve moved around a lot, so I’ve used laptops exclusively for the past 15 years. I loved the keyboard on my Matebook X Pro, and although I initially imagined upgrading to a fancy mechanical keyboard, reality convinced me otherwise. I could not get used to the resistance and travel distance on any of the models I tested, even with lighter linear switches.

Noise was another issue. I share an office with my wife, and although my noise-canceling Bluetooth headphones drown out the clackity clack of my incessant typing, the same can’t be said for anyone else in the house.

The key resistance and travel distance as well as the noise of mechanical keyboards pushed me to the Logitech MX Keys.

Eventually, I settled on the Logitech MX Keys ($104 on Amazon). It’s a bit pricey — especially for someone who hasn’t paid for a wireless keyboard in over a decade — but since I type for a living, I figured I could justify the expense. Three months later, I’m happy to say it made my transition from a laptop to a PC smooth as butter.

The keys to my heart

A big part of why I love the MX Keys is the feel of typing on it. It’s not a simple cheap membrane keyboard, instead using scissor switches. These are the same switches found on most good laptop keyboards with a low profile and short travel distance. They might not satisfy hardcore gamers, but for typing, they’re an absolute dream.

I love the way my fingers fly across the keyboard, and the switches provide just enough resistance to prevent accidental presses without causing finger fatigue. The keys also have a slight indentation which helps avoid typos.

The MX Keys is a dream to type on, and I type for a living.

The keyboard itself is also slim and beautiful. The brushed aluminum finish of my laptop felt nice, but it did get cold in the winter. The high-quality plastic used in the Logitech MX Keys prevents this while still looking and feeling great. The low profile also means it’s comfortable to use without a wrist rest, which I’ve never been able to get used to.

This bad boy is also heavy. At roughly 1.75 lbs (800g), it’s about half the weight of my (very lightweight) laptop. There’s no unwanted sliding on my desk, even without a desk pad. Of course, the downside is that this isn’t something to stick in your backpack and take with you, but then again neither is my desktop computer.

Another great thing about the Logitech MX Keys is connectivity. It can pair wirelessly with three different devices via the included USB dongle or Bluetooth, and you can swap between them at the touch of a button. This made it easy to switch back to my laptop when I needed to, and it’s nice for typing out quick messages on the phone on my desk.

Eventually, I decided to go all in with Logitech by picking up the MX Master 3S ($100 on Amazon) mouse. It annoyingly isn’t compatible with the same USB dongle, but it does use the same Logi Options Plus software for customizations. Admittedly, this isn’t the most fully-featured input software out there (no macros), but it does have the ability to quickly swap between connected devices without pressing any buttons.

Logitech’s Flow feature ties its mice and keyboards together, so you can easily move between connected computers and phones.

An option called “Flow” ties the keyboard to the mouse, so when I move the mouse to the edge of my screen, it automatically switches both to the next device. You can also copy/paste text and files between devices. This makes it even easier to move the last few bits of my digital life from my laptop to my shiny new PC. It isn’t as smooth as Apple’s Universal Control feature, but it certainly does work and on more than just the company’s devices.

Ultimately, keyboards are highly personal, and what works for me might not work for everyone. But speaking as someone who types a lot, the MX Keys has a lot going for it. At this point, I can’t imagine typing on anything else.

It’s worth mentioning that there are other scissor-switch keyboards that can mostly scratch the same itch. Logitech’s own MX Keys Mini is a very similar tenkeyless model and the Logitech Craft has a funky dial bar at the top for creative work. There’s also the MX Mechanical if you want mechanical switches without diving too deep into the world of mechano keebs.