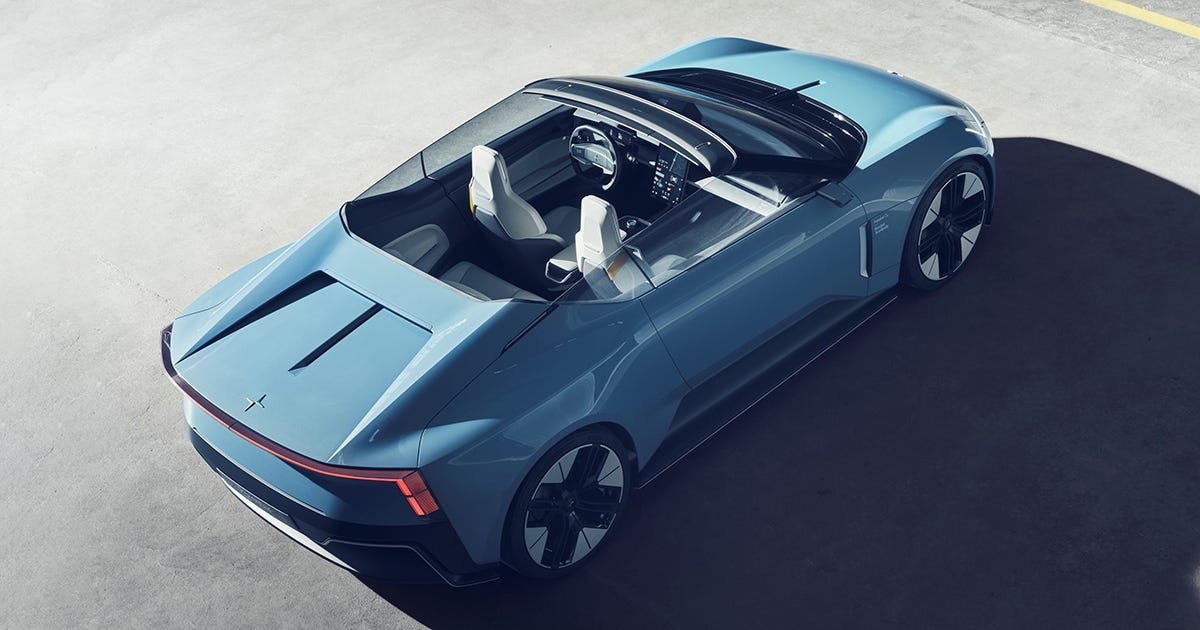 Swedish performance car company Polestar announced today plans to put an electric convertible into production starting in 2026. Dubbed the Polestar 6, the EV roadster will be based on the gorgeous Polestar O2 electric convertible concept that debuted earlier this year, with reservations opening to interested customers starting today.

The O2 concept arrived back in March at the nexus of “too good to be true” and “a sure thing.” On the one hand, convertible sales have been in decline across the industry for years now. On the other hand, the premium market is fairly resistant to this shrinkage and Polestar’s modular EV platform sharing could keep development and production costs low enough to justify a low-volume convertible model.

The Polestar 6 will be based on the same bonded aluminum platform as the previously announced Polestar 5 sedan and the same high-performance, 800-volt electric architecture featuring up to 884 horsepower (650 kilowatts) from its dual-motor powertrain and around 663 pound-feet of torque. Polestar is targeting a 3.2-second 0 to 62 mph sprint and a top speed of 155 mph. Expected range, charging speeds and pricing will be released closer to the 2026 launch window.

Polestar is planning a launch run of 500 Polestar 6 LA Concept Edition models for the hardtop convertible with styling inspired by the concept car. These will feature an exclusive Sky blue exterior finish, the Polestar O2 concept’s 21-inch wheels and a light leather interior. Each of the 500 special editions will also be uniquely numbered.

The Polestar O2 Concept Is a Beautiful Hardtop Convertible EV

The O2’s wildest feature is an “autonomous cinematic drone” that can be deployed from the concept roadster at speeds up to 56 mph to track the car on the road and capture video clips that can be edited and shared from the dashboard. We’re pretty sure that bit won’t make its way into the production Polestar 6.

Polestar’s electric lineup is expected to grow significantly over the next few years. Following the plug-in hybrid hot rod Polestar 1 sedan — since discontinued in 2021 —  and the current Polestar 2 full-electric fastback, the Swedish performance car company plans to launch a Polestar 3 SUV next year, followed by the Polestar 5 sedan in 2024 and, now, the Polestar 6 convertible in 2026. That leaves a Polestar 4-shaped hole in its lineup that we expect will soon be filled.