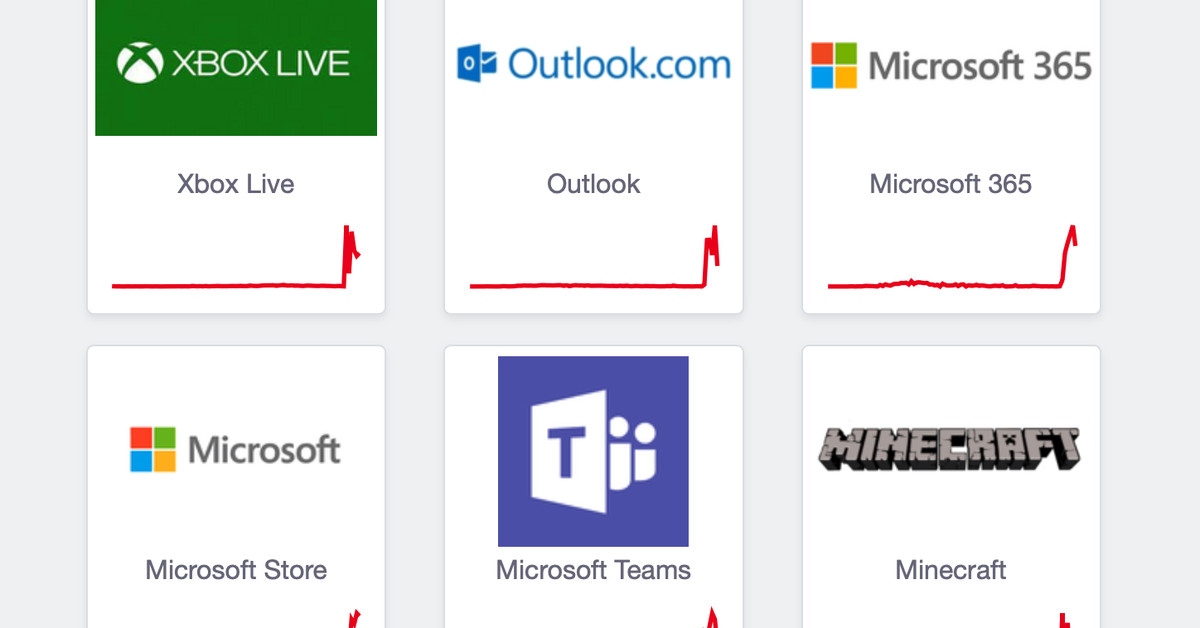 Microsoft Teams, Outlook, and other Microsoft 365 services are currently down for thousands of users worldwide due to a networking issue. The software maker says it has “identified a potential networking issue” and is troubleshooting a fix to bring services back online.

Microsoft is now rolling back a network change and is monitoring its services to make sure they’re back online. That means Microsoft Teams and Outlook users should start to see the service coming back to life soon.

Thousands of users reported issues early this morning at around 2:30AM ET, with services like Microsoft Teams and Outlook email not loading for many across Europe and Asia. Microsoft lists the following Microsoft 365 services as affected:

It’s rare to see multiple Microsoft services experience an outage simultaneously. Microsoft Teams was down for two hours in April 2021, after issues blocked connectivity for users across Europe and Asia.

While the Microsoft 365 Status account on Twitter is providing updates for users, the Microsoft Teams account’s last tweet is from 12 hours ago, recommending that you “set your status to ‘Be right back’ and have a snack, friend.” That’s good advice for an outage so early in the morning, too.