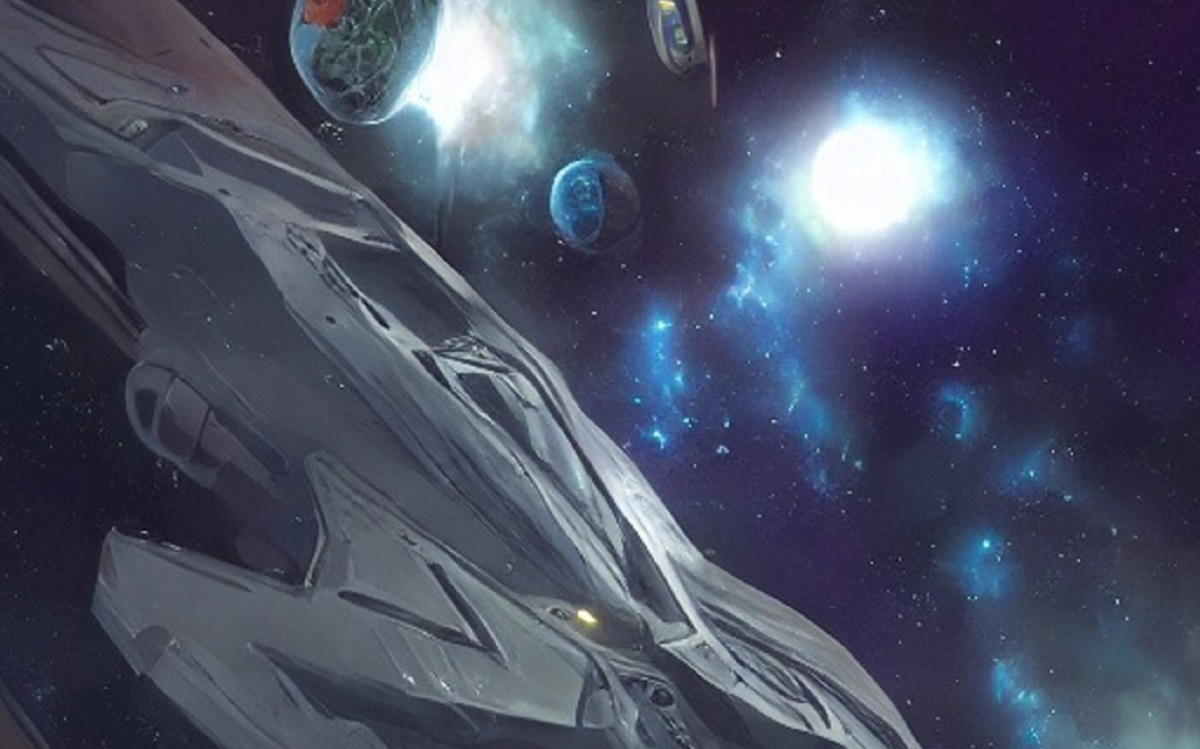 Ludo is using generative artificial intelligence (AI) to help game developers such as artists and designers be more productive. The point isn’t to put them out of their jobs. It’s to make them more creative.

When Tom Pigott, CEO of Ludo, talked to me about this in early 2021, the topic was pretty far ahead of the curve. Ludo’s AI tools tapped earlier AI models, such as OpenAI Foundation’s GPT-2 technology, to do image searches or generate concept art.

But now generative AI is all the rage, and Pigott is astounded at how fast the technology is developing. It’s clear to him now that AI is going to have a profound impact on game development. Ludo has more than 8,000 developers using it. And we’re seeing a Cambrian explosion of companies in this category.

“It’s certainly exciting times here,” Pigott said. “We’ve been heads down, just with the models that have subsequently been released over the past 18 months and started with GPT-2. The pace of innovation for AI is astounding. We’ve had people in this for 15 years and they have never seen the number of papers that are being released, not just by the Googles of the world or the OpenAIs, but also just by individuals or smaller companies.”

Learn the critical role of AI & ML in cybersecurity and industry specific case studies on December 8. Register for your free pass today.

Leaders from Promethean AI, Accenture, GGWP and Inworld AI spoke at our recent GamesBeat Summit Next 2022 event about AI’s impact on gaming. Jensen Huang, CEO of Nvidia, recently told me generative AI will be a key tool to enable developers to build the huge amount of assets necessary for the metaverse.

“The demands of the games industry have shifted, making the environment more competitive than ever, and we as a team have adapted to these demands,” Pigott said. “AI technology has advanced exponentially over the last year, and with that Ludo has improved its services for game creators, allowing them to focus on the creative process while limiting the risk of failure in a competitive market.”

Pigott doesn’t want this to be alarming to game developers or artists. He sees his job as providing tools that can be a game developer’s best friend. It can be an ideation machine that can take a simple text query and search through two million games to see if someone else has already had your idea.

It’s been proving very useful to mobile game developers because of the huge amount of competition. There are around a couple of million games in the app stores, and no human expert can know whether a particular game concept has been done before.

And nearly two years later, Pigott said Ludo has been adding various features to its AI toolkit. Now it includes the ability to search through trends and top charts. It can do ideation, such as image search or image generation. And it has a Game Elements feature that can generate non-player characters (NPCs) in minutes, saving developers a lot of development time.

“Ludo has grown so much since its launch in 2021 and now has over 8,000 users who come to our platform when they are in the process of beginning their next hit game,” Pigott said. “We are able to help creators to de-risk the game development process, and to limit the chances of failure even further with the new and improved features, which are pushing the boundaries and genuinely revolutionizing the game creation process.”

That can cut costs at a time when game companies are trying to rein in expenses. Ludo recently launched a mobile-friendly site which has seen an 80% uptick in new signups. Since the launch of DALL-E and Midjourney this year, there are new options and more powerful AI engines available.

With a market analysis AI tool, Ludo can analyze how a theme or genre for games is performing in the market. That can help developers take the risks out of game creation by helping them understand the market potential of their new ideas. It can save game developers valuable time and resources by limiting the chance of creating a game that will not connect with audiences.

Ludo takes Stable Diffusion’s AI engine and uses it to create high-quality images from text prompts, resulting in faster creation of game icons or art. This new Image Generator tool enables the automated creation of art that is more relevant to what the developer has in mind. By inputting keywords, users can generate in-game images, high quality game icons and game art, including characters, worlds, items, art concepts and more.

Ludo’s Image Generator is now able to produce image-to-image transformations, where users can provide one image, and Ludo’s Image Generator will transform that image according to the input. This can be used to create game icons, images in different artistic styles and variations of a given image, as well as to give life to gameplay sketches.

Ludo users can also hone in on specific game genres, preferred colors, and art styles which will condition the image generation to these filters.

Will this kind of tech lead to job losses in gaming? AI could affect every industry this way.

Pigott said that, rather than take away human jobs, Ludo’s focus is on the collaboration of humans and AI. “If you’re artists or designers, it makes your job better,” he said. “You can focus on the things that require the editing that a human can do. Ludo is not building these games by itself.”

The question isn’t about how soon an AI will create a game. It’s more like how much faster can veteran developers get a game out because they’re using the right AI tools.

Pigott knows that there is going to be a lot of competition coming on in the next six months or so. But he believes his team has a head start and the right talent. The team has been testing its tools for game developers and taking in the feedback.

Ludo’s tools were built by experts using the latest AI technology to change the game development process. Pigott believes Ludo is the best pregame investment a creator can make, as Ludo has a database of close to two million games.

“For designers and artists, we have chosen to go totally vertical in terms of our approach,” Pigott said. “We’re not trying to be all things to all people. And there are lots of great companies out there doing text image or generative text, but we think that gaming is the most exciting sector and has the most opportunity for problems to be solved.”

Pigott believes small game studios or solo indie developers need these kinds of tools the most. They can’t afford to hire an art director and a full team of artists early on. But with these tools, they can move faster, produce a prototype, and get them on the road to funding so they can hire that team of artists faster.

“We’re all about helping the long tail,” he said. “We’ve gotten to the point where we want to get more and more users testing and the platform.”

One of the things that happens with more usage is that the engine becomes better at figuring out what a developer wants the tools to create. Pigott’s team has fed more than 600,000 game images into the AI to train it. And as the general tools for AI get better, Ludo plans to take advantage of them.

Of course, big game companies can do the same thing and might have no need for Ludo. So Ludo has to race ahead and make its tools the easiest to use and most convenient for developers. Ludo charges a subscription fee for the service. It has a free tier as well as a paid tier of $15 a month per developer, and separate pricing for larger studios.

“Even if it were easy to download an AI model and start using it, what we’re trying to provide is a comprehensive platform,” Pigott said. “So you want to research the competition of other games? Do you want to ideate something you saw on TikTok, or you want to create certain assets for your game? And we provide solutions for those Ludo.”

In tasks like creating icons for mobile games, there isn’t too much risk of infringing on someone else’s image, as these icons often aren’t photorealistic.

The future of AI and the metaverse

As far as things to think about for the future of AI and games, Pigott acknowledges there will be some legal issues that have to be sorted out. If an artist’s work is fed into a game, does that mean the AI spitting it out as a derivative image is using that prior work and should royalties be paid to that original artist? Or does the legal concept of fair use come into play?

“The legal issues are absolutely still being debated and figured out,” Pigott said.

As for the metaverse, Pigott believes generative AI will be necessary to build out the massive amount of assets that will be needed, and it will let developers make the first pass on the metaverse.

“It’s in the beginning stages now. If you don’t like the results you’re getting today, just wait a month. It’s going that fast,” he said. “Gaming will lead the way. In my career, I’ve seen transformation and technology breakthroughs, like the internet and mobile. Web3 and the metaverse are something we hope will be super huge and important, but AI underlies all of that.”