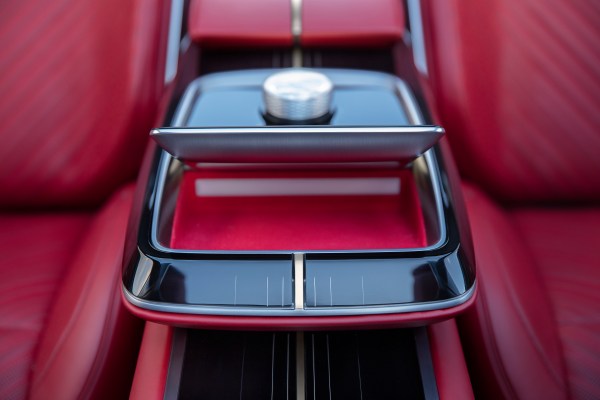 The Cadillac Celestiq, the brand’s halo EV set to debut during Monterey Car Week in August, will reportedly start around $300,000, pushing it well above the top variants from other luxury EVs, including the Lucid Air Dream Edition, Porsche Taycan Turbo S and Tesla Model X Plaid.

While Cadillac would not confirm the eye-popping price tag, the GM brand did verify the role the Celestiq will play in fulfilling its electrified ambitions. “We are excited to share more information later this year and return Cadillac to the standard of the world,” spokesman Mike Albano told TechCrunch on Monday, noting that the company would not comment on the Celestiq price.

The phrase “standard of the world” suggests Cadillac has large-scale ambitions for the small-batch car. The price isn’t the only signal that Cadillac is aiming to create an exclusivity narrative around the Celestiq as the face of its future EVs. GM plans to only produce 500 of the luxury electric hatchbacks following the launch of the prototype at this summer’s Pebble Beach Concours d’Elegance.

The Cadillac Celestiq will test the brand’s power and cache in a market it once dominated, but lost to other competitors. A century ago, Cadillac represented the pinnacle of automotive luxury that Bentley and Rolls-Royce aspired to reach. But Cadillac soon began ceding sales to rivals, never quite regaining its mantle.

GM says that the Celestiq will begin production in late 2023 and go on sale in 2025. Until GM releases details, it’s difficult to gauge the demand for a $300,000 Cadillac.

The nameplate’s importance to GM is evident from the $81 million GM is investing to purchase and install equipment to hand-build the Celestiq at the Global Technical Center in Warren, Michigan.

Cadillac has not shared many details on the Celestiq, but a set of teaser images released in June show red-leather interior and meticulous detailing for the doors, seats, and center console.

The brand, which plans to go fully electric by 2030, is off to a strong start. Cadillac said that high demand for its first-ever EV, the $60,000 Cadillac Lyriq SUV, forced it to close its 2023 order book earlier than expected.

The time is right for Cadillac to stage a comeback.

“A fresh wave of electric vehicles provides Cadillac its best opportunity to rebrand itself to reach its goals as we see EV shoppers are more willing to try different brands since the market is still in its infant stages,” said Jessica Caldwell, executive director of insights at Edmunds. “The reality is very few people will be able to afford this vehicle in particular, but there will be plenty of curiosity about a vehicle commanding this price tag. And this level of buzz for a Cadillac model not called an Escalade hasn’t been seen in a while.”