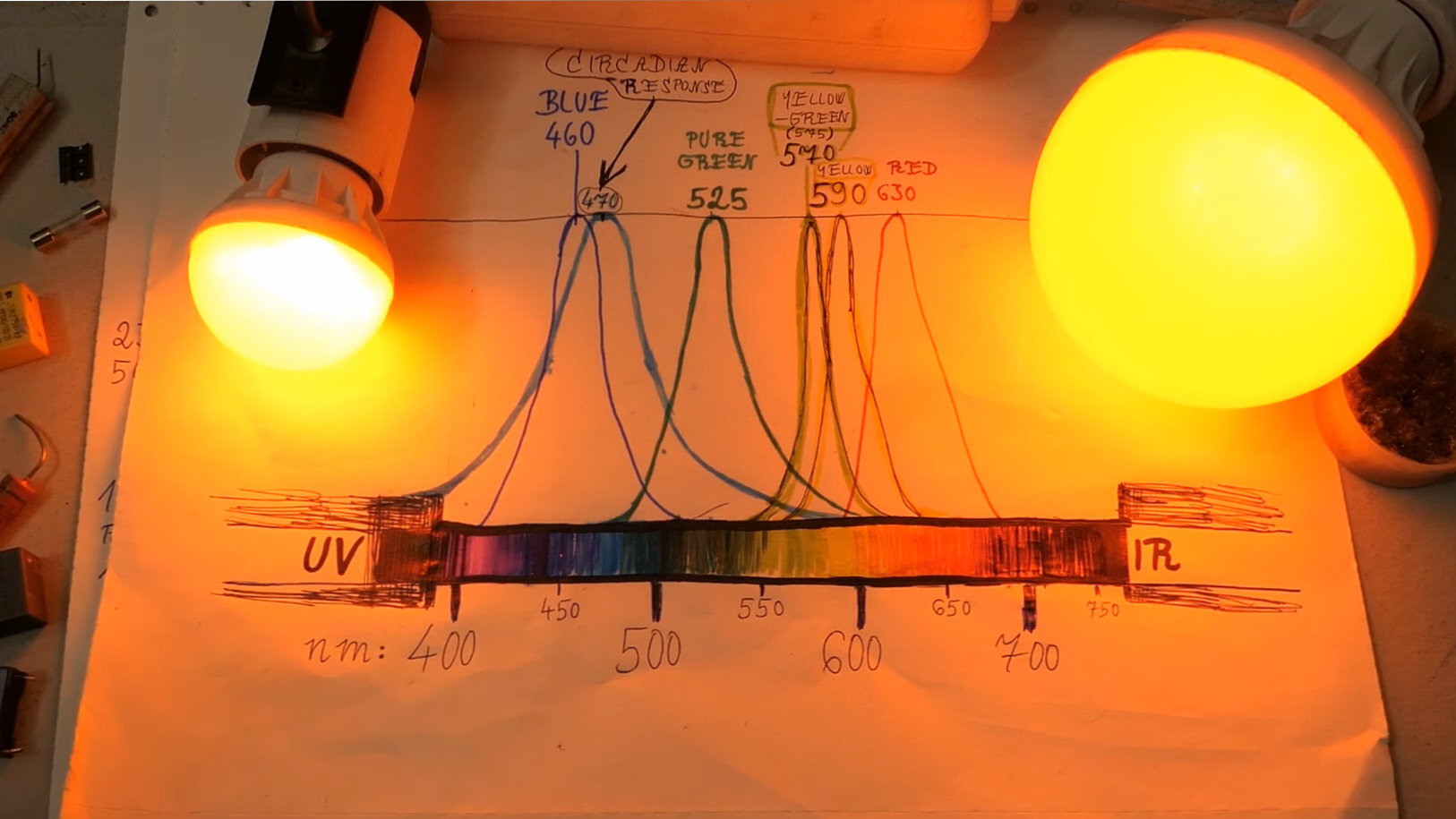 There was a time when LED light bulbs were a premium product that commanded a premium price, mainly because of limited supply and the usual marketing tricks. But now is not that time, since you can pick up an LED bulb for a buck or two at pretty much any store. So why in the world would you go to the effort to make your own light bulb?

For [DiodeGoneWild], the answer is simple: it’s all about staying in rhythm. Circadian rhythm, that is. We all know how light toward the blue end of the spectrum is bad for our sleep cycle, since it convinces our lizard brain that dawn is at hand. But even if you pick an LED bulb with a warm, or reddish, color temperature, there’s still a lot of UV light being emitted thanks to the phosphor LEDs that are typically used in them.

[DiodeGoneWild]’s first attempt at a design, in the first video below, mostly avoids phosphor LEDs in favor of a mix of yellow, red, and yellow-green LEDs to get a warmer spectrum. He used the housing and base from an expired bulb to enclose his custom circular PCB, the fabrication of which using a hand drill as a lathe and a Dremel to machine concentric tracks in the cladding was a real treat. So was the power supply, for that matter — a dropping capacitor followed by a bridge rectifier and a filtering cap. We like the discharge resistors across the caps and the fusible resistor on the mains side — it’s nice to see safety factored in from the start. And what’s not to like about using a DVD as a makeshift spectroscope?

We see that [DiodeGoneWild] has just dropped a second design, this time in a much smaller bulb and with relatively more phosphor LEDs.