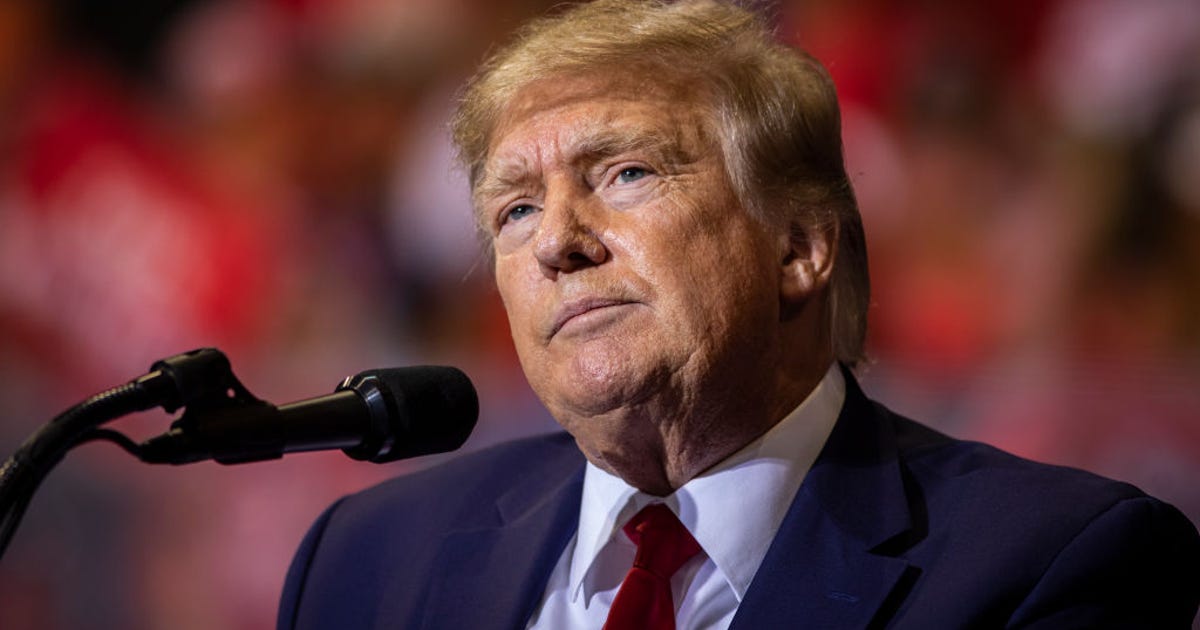 Facebook parent company Meta said Wednesday that it will allow former US President Donald Trump to return to the social media platform in the coming weeks.

The controversial move gives Trump, who announced last year that he’s running for president in 2024, another online megaphone. Facebook, Instagram and other social networks booted Trump from their platforms after the deadly US Capitol attack on Jan. 6, 2021, because of fears his remarks could incite further violence. Meta owns Facebook and Instagram.

An oversight board tasked with reviewing Meta’s content decisions then upheld the move but said it wasn’t “appropriate” for Facebook to impose an “indefinite” suspension. The social media giant said Trump would remain suspended for two years until at least Jan. 7, 2023. To make a decision about Trump’s account, Facebook worked with experts to determine if the threats to public safety had decreased.

“Our determination is that the risk has sufficiently receded, and that we should therefore adhere to the two-year timeline we set out,” Meta’s president of global affairs, Nick Clegg, said in a blog post. “As such, we will be reinstating Mr. Trump’s Facebook and Instagram accounts in the coming weeks.” Clegg added that Meta will put in “new guardrails,” saying Trump will face “heightened penalties for repeat offenses.”

If Trump posts content that violates the platform’s rules, Meta said, the company will pull down the content and Trump will be suspended for between one month and two years. The time of the suspension depends on the severity of the rule violations.

“The public should be able to hear what their politicians are saying — the good, the bad and the ugly — so that they can make informed choices at the ballot box,” Clegg said. “But that does not mean there are no limits to what people can say on our platform.”

Twitter also reinstated Trump’s account, in November, following billionaire Elon Musk’s takeover of the company. Trump, though, has said he plans to stay on Truth Social, a platform he helped create last year. The politician agreed to post his content on Truth Social six hours before doing so on other sites, a filing last year with the US Securities and Exchange Commission shows.

Trump’s campaign pushed for the politician’s return to Instagram and Facebook, although it’s unclear if he will use the platforms again. In a letter sent to Meta, his campaign said that Trump’s suspension from Facebook “has dramatically distorted and inhibited the public discourse,” NBC News reported on Jan. 18.

Trump wrote in a post on Truth Social on Wednesday that a ban from Facebook is “such a thing should never again happen to a sitting President, or anybody else who is not deserving of retribution!” but doesn’t say if he’s returning to Facebook or Instagram.

Meta’s decision is already prompting criticism from advocacy groups and lawmakers. The Real Facebook Oversight Board, a coalition of civil rights advocates, academic, journalists and other experts, called Meta’s decision to allow Trump to return “irresponsible.”

“This may drive engagement and profit for Meta, but will also drive Meta’s audience further apart, and democracy closer to the brink,” the group said in a statement.