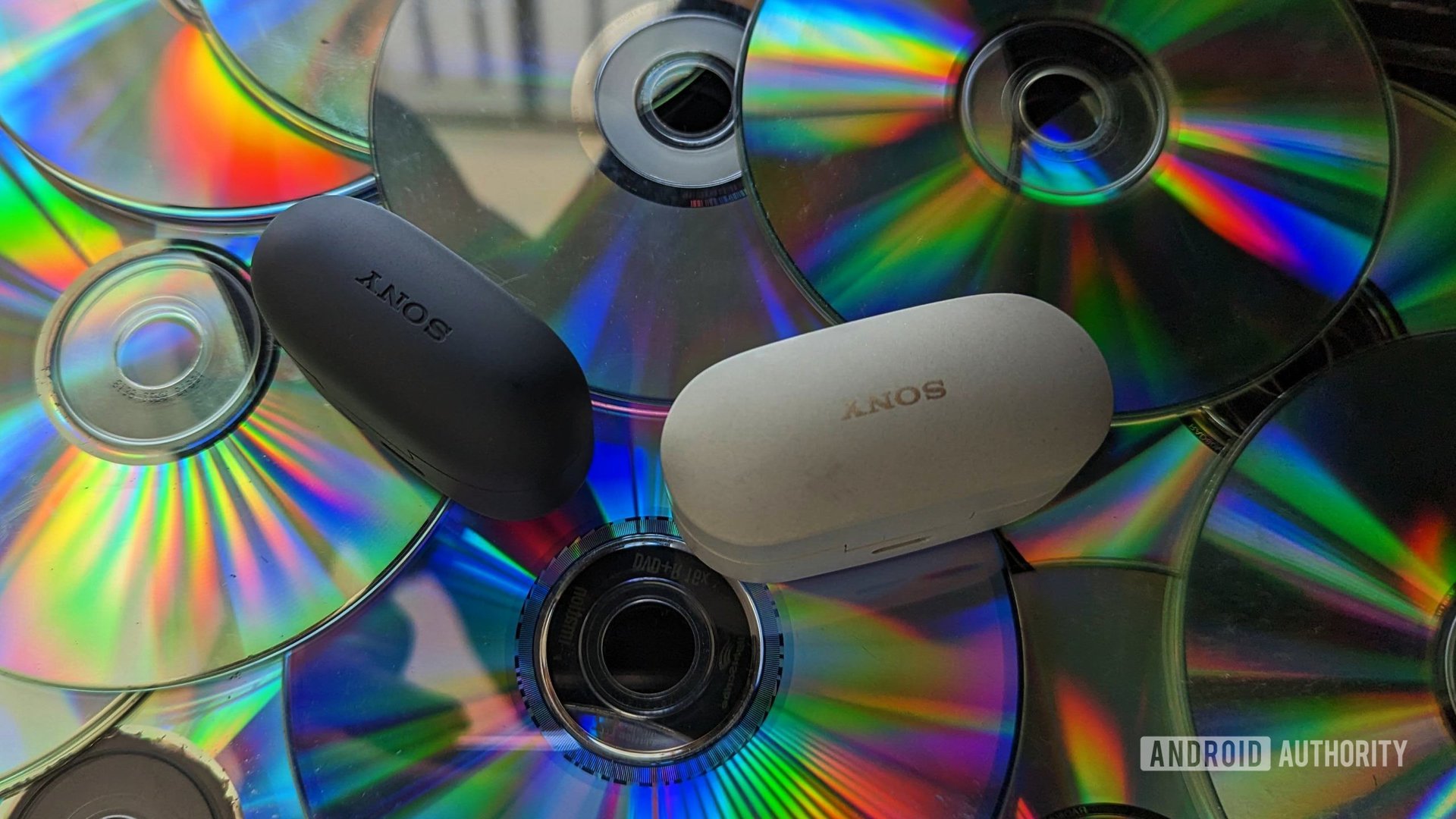 I’ve been using the Sony WF-1000XM4 for a good year now, and I can safely say they are a great set of true wireless earbuds. Everything works as intended. Battery life and Bluetooth connectivity are super reliable, app features are plenty, and sound quality is exemplary. Clearly, they are Sony’s best for a reason. So when Sony sent over the LinkBuds S to test, I was a bit skeptical. I like my audio tech to be top-of-the-line because I don’t like compromising on quality or features. If I’m buying the best, there’s a certain guarantee I won’t regret my purchase.

When the LinkBuds S came to me, I wondered what sacrifices Sony made to make the buds notably cheaper than the WF-1000XM4. Does a $130 price difference really make a huge difference when it comes to the Sony buds? Here’s my experience of testing the cheaper Sony wireless earbuds compared to their more expensive siblings.

Let’s get the not-so-great bits out of the way first. The LinkBuds S are cheaper than the WF-1000XM4 for multiple reasons that are evident from the get-go. Let’s just say you’re paying a premium for the flagship earbuds for good reason. However, I must say that these compromises I talk of are not so difficult to digest.

The Sony LinkBuds S come with silicone ear tips designed to seal the ear canal. You get a selection of differently sized tips in the box to choose from, which is essential for the earbuds’ passive noise-cancelling performance (more on that later). In contrast, the more expensive Sony WF-1000XM4 feature soft polyurethane foam tips that do a better job of sticking to the wall of the ear canal. So no matter your ear shape or size, the foam tips can expand inside your ear for an ideal fit. They are also much better at sound insulation and cut out more noise, especially in the high-frequency range.

That said, the LinkBuds S also allow you to gauge the best tip size for your ears using the accompanying Sony Headphone Connect app. This cool feature borrowed from the WF-1000XM4 measures the air-tightness of the earphones once you’re wearing them. If your ears aren’t properly sealed, the app will suggest a different tip size.

Bluetooth pairing through the case

Two of my biggest qualms with the Sony LinkBuds S have to do with Bluetooth pairing and voice guidance. The first one is an irksome feature when you first start using the earbuds with multiple devices.

Unlike the WF-1000XM4, which let you press and hold the touch surface on the buds for five seconds to enable Bluetooth pairing mode, the LinkBuds S have to be in their case for pairing with a new device. There’s a button on the case that needs to be pressed for a few seconds to put the earbuds in pairing mode.

The LinkBuds S have to be put in their case for Bluetooth pairing.

For someone like me who switches devices all day long for multimedia playback, this was quite annoying. Every time I had to move the connection from my iPhone to Android phone to TV to laptop, I had to keep putting the earphones back in their case to be able to pair with each new device. Once connected, though, the LinkBuds S support multipoint connectivity like the WF-1000XM4. That means you can stay connected to two devices simultaneously.

The bigger annoyance is that there’s no voice guidance on these things. There’s a voice guidance setting in the Headphone Connect app, but it only switches on notification tones. So when you take the earbuds out of their case and snap them into your ears, there’s no voice telling you if Bluetooth is connected, or what the battery level of each individual bud is, or if ANC is turned on or off.

You are left to sound alerts to figure these out for yourself. I get that it’s something many budget Bluetooth buds do, but I expected more from the $148 LinkBuds S. Maybe Sony will add voice guidance to the buds with a future update or something, but for now, it’s sorely missed. Thankfully, you get voice guidance for everything on the WF-1000XM4.

While I had a few issues with the LinkBuds S, I also found a lot to like about the earbuds. In fact, if you’re looking to pick them up, you’ll be happy to know they come really close to Sony’s premium WF-1000XM4 buds.

Even when you’re not paying top dollar, Sony has made sure the LinkBuds S inherit almost all of the coolest features of the WF-1000XM4. That means you can pop out the buds to automatically pause the music and pop them back in to start playback. The LinkBuds also have the same Speak-to-Chat feature I love on the WF-1000XM4. It pauses playback when the earbuds detect you’re having a conversation and restarts it a few seconds later.

Sony has made sure the LinkBuds S inherit almost all of the coolest features of the WF-1000XM4.

You also get Adaptive Sound Controls that automatically switch how much ambient sound the buds take in depending on your actions, like running, walking, commuting, or resting.

Besides that, the LinkBuds let you manually tinker with the equalizer, prioritize sound quality and Bluetooth connectivity, use your preferred voice assistant, and more, thanks to the expansive Sony Headphone Connect app.

More compact than the Sony WF-1000XM4

The first thing that struck me and that I immediately liked when I started using the Sony WF-1000XM4 was how compact they are and how well they sit in my ears. The LinkBuds S outdo them. They weigh just 9.6g compared to the WF-1000XM4, which come in at around 41g. Of course, the latter has larger 6mm drivers, which contributes to their bigger size.

However, the difference in the weight and the smaller form factor of the LinkBuds makes them extremely comfortable to wear. They will not pop out of your ears during a run or when you’re just turning sides in bed. They just fit so securely that I prefer them over the bigger WF-1000XM4 in many situations. Moreover, the earbuds are also IPX4 rated, so they can totally become your gym partners.

I was pleasantly surprised by the sound quality of the LinkBuds S. They are almost as good as the WF-1000XM4. Most music should sound great from the earbuds. However, I found the bass to be a bit dull compared to the 1000XM4. As noted in our sister site SoundGuys‘ full LinkBuds S review, high-pitched instruments and sounds also feel a little less prominent than they should. But other than that, the LinkBuds are a great pick at their price.

If you get a good fit, the LinkBuds S should be able to block out most regular ambient noises.

Noise cancellation is also decent. More so because the LinkBuds rest so snugly in the ear. If you get a good fit, you should be able to block out most regular ambient noises. However, things like whistles, screaming, glass breaking, etc, still come through. The 1000XM4 deal with such high frequency sounds much better.

That said, with Active Noise Cancellation turned on, the buds can easily last for about six hours. They go on to deliver over eight-nine hours of playback with ANC turned off. Add to that the charging case, and you’ve got a good amount of extended battery life that should last you over 20 hours of listening time. I find myself using one bud at a time a lot. It’s very convenient because even if I run out of juice on one bud, I can just pop out the other one from the charging case and start using a fully charged bud all over again.

The WF-1000XM4 remain a Sony flagship for many reasons, most of which I’ve listed above. Because they’ve been on sale for a while, you can usually pick up the WF-1000XM4 on a pretty good deal for below $200. But if it’s a matter of paying the full MSRP, at $130 less, the LinkBuds S won’t disappoint. In fact, they are a very capable set of earbuds at that price. Which buds would you buy? Let us know in the comments.