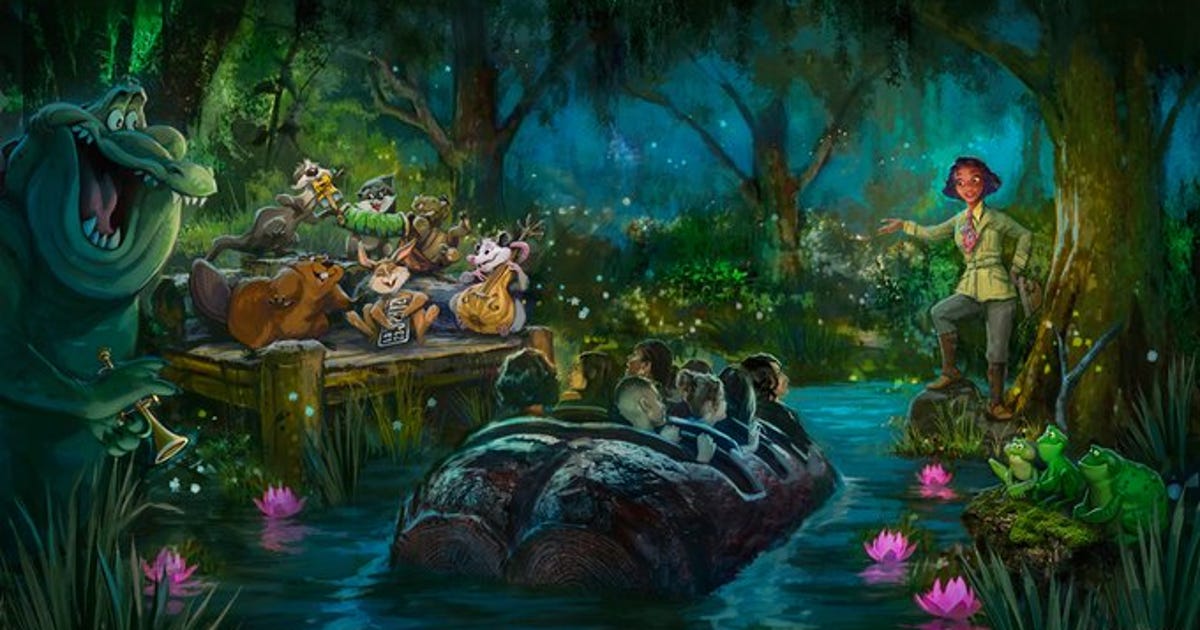 Disney World’s Splash Mountain will close on Jan. 23, 2023, Disney said Friday. The closure is a step toward the iconic ride being redone around the 2009 movie The Princess and the Frog — it’s set to reopen as Tiana’s Bayou Adventure in late 2024.

If you want to ride the original Splash Mountain at Florida’s Magic Kingdom park, Sunday, Jan. 22 will be your last chance to do so, as noted by Nexstar reporter Scott Gustin. The reinvention comes after the attraction was criticized for being based on the racially problematic 1946 movie Song of the South (film historian Karina Longworth released an excellent documentary series on this in 2019).

The new version of the ride will follow on from the events of The Princess and the Frog and take visitors on a trip through Louisiana waters as Princess Tiana and alligator pal Louis gear up for a Mardi Gras celebration.

“Fireflies will light up the night and invite you deeper into the bayou … almost like they’re waving you forward. Beautiful zydeco music will fill the air,” Carmen Smith, Disney Imagineering senior vice president for creative development, wrote in a blog post. “Zydeco is a special blend of rhythm and blues that was born in Louisiana, and when you hear it, you’ll feel like you’ve truly stepped into Tiana’s world.”

Disney revealed a rendering, giving us a sense of Tiana’s Bayou Adventure, having previously shown us the ride in diorama form.

Next month’s closure applies only to Splash Mountain in Florida’s Magic Kingdom. The ride also exists in California’s Disneyland, but Disney said details of that closure “will be shared at a later date.” So you have a little more time to try the original version before it’s gone.

The Princess and the Frog is available to stream on Disney Plus, and its princess will return in follow-up series Tiana (though the release date for that is unclear).

So you want to be… a Disney Imagineer