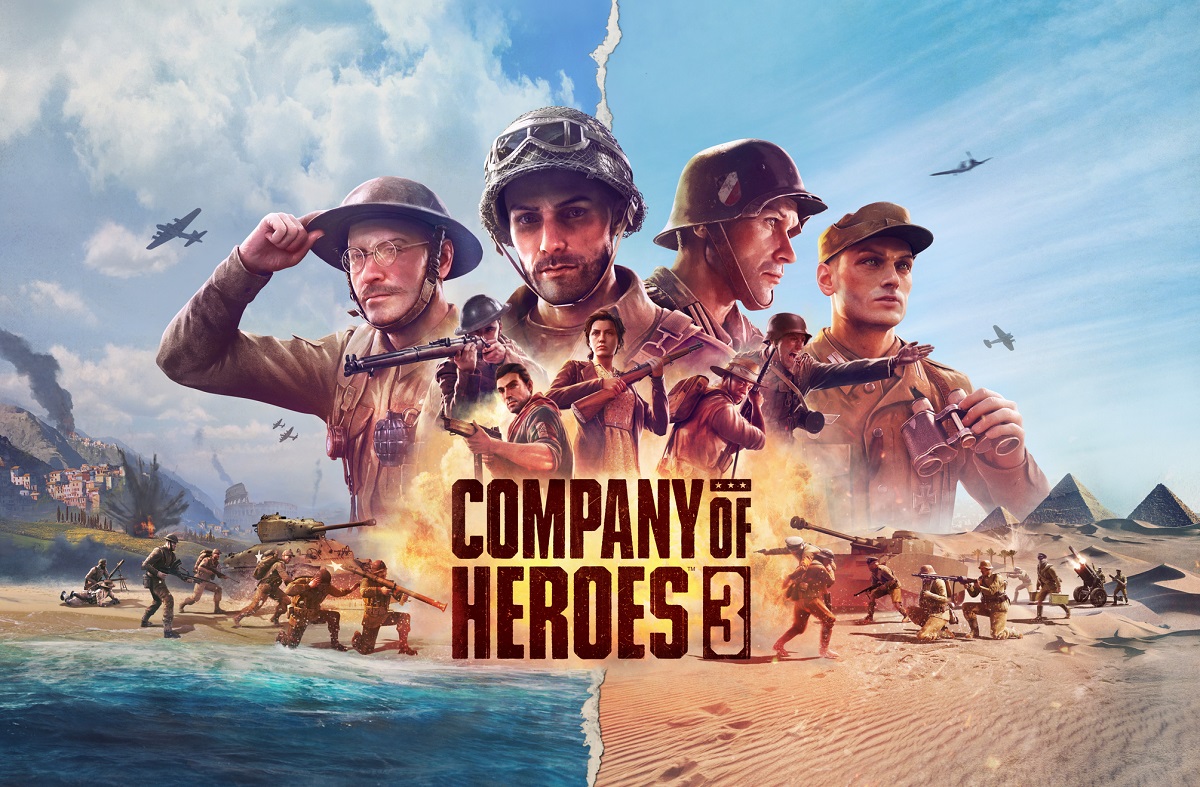 The Italian and North African campaigns of World War II were brutal, and Company of Heroes 3 captures just how hard it is to fight a chaotic battle on both the tactical and strategic levels.

I played the latest beta of the real-time strategy game Company of Heroes 3 earlier this month, and it is looking a lot more polished than when I played it a few times earlier. After playing, I talked with executive producer Steve Mele at Relic Entertainment, the division of Sega that is launching the PC game on February 23.

In this demo, I was able to play for hours. I got a look at the beginning of the campaign game on a strategic map, where the allies invaded the Gela region of Italy on July 9, 1943. I also played the German side in North Africa, where the British battle against the Afrika Korps for control of Gazala. And I got a taste for the tactical battles in single-player landings and multiplayer combat.

Mele mentioned that there are 40 tactical maps in the game, reflecting the wide range of fighting and environments in the game, compared to 22 maps for Company of Heroes 2. Those map numbers tell you this is a pretty massive game and you can see why it has taken a long time to get the game done.

It was a lot to take in, and I had some obvious observations. When I played multiplayer against a developer on the Relic team, I got my head handed to me. Humans are always much smarter than computer AI. I took an early lead in developing units and gathering resources at first, but my human enemy surpassed me midway through the game and then dominated at the end.

I could see this by seeing a very interesting chart that showed my points over time compared to my enemies. Since I was just looking at the tactical view, I never knew where the exact turning point was.

Mele told me some tips afterward about how you have to build a situational awareness of what your enemy is building and get your own base to manufacture the units to counter that threat. There are a lot of things to keep track of, from the cooldown timers on your artillery or air strikes to the resource war.

Multiplayer combat will be 1v1 or 2v2, and it’s going to be the thing that will give this game legs. Mele told me one of the things I should be aware of is to have a real line for my army and not push it too aggressively. If your battle plan relies on having a single tank drive your offensive, you’re going to be quite surprised when you run into a couple of anti-tank guns. That means you have to have reinforcements to move into battle when you make a push forward.

You can see some of my single-player combat in the video embedded in this story. I spent a lot of time on the North African battle where I first had to defend a surrounded German force. After that, I had to go on the offensive and take the high ground that the entrenched British held. It turned out that I could perfect my defense (through replays) against the attacks pretty easily. But it was no easy matter to figure out where to push forward for my counterattack.

In the beginning, there was also an Italian campaign battle where I had to get my soldiers of the beach and take out the German artillery. This turned out to be quite easy, as I flanked the Germans and then took them out from behind using a flamethrower squad. That flamethrower seemed a bit overpowered.

And the biggest battle I fought was a bid to take over the city of Salerno and blow up its bridges before a German counterattack could arrive. This battle took a long time and had to build a lot of units and send them to their deaths. But I eventually made it to the bridges and stopped the German counteroffensive.

In the battles that took place on the desert, it mattered whether you were on high ground or low ground, and how much of the enemy’s forces you could see. Sometimes the enemy was well protected in bunkers and trenches. Using smoke was important in these battles, as well as pounding the enemy with mortars or artillery.

In the Italian towns, it was important to keep an eye on just about everything happening. I had to keep generating new units on the production line, from tanks to anti-tank guns to various types of infantry squads. And I had to send my units dashing to take objective points, fuel depots, and ammo dumps to win the resource war. And where the two sides met in battle I had to keep a close eye on the action.

It always paid to have combined arms, like armor and infantry and machine guns and bazookas, but in many battles it was just one squad against another over a victory point. I had to move my soldiers into buildings and dislodge the enemies with assaults. I even had to micromanage fighting by getting soldiers to charge and toss grenades into a particular place.

There were times when I got over-reliant on my offmap artillery, dropping it on the enemies very close to my own soldiers in the hopes of driving them back. Perhaps that meant the artillery was a lot more accurate than the World War II reality.

I played the beginning of the Italian campaign on the strategic map, which is more like a chessboard with tank, infantry, artillery, air, or sea units on a large scale. You take charge of a unit like a regiment or battalion and move it in a turn-based style across the map.

It’s actually still quite fun to play in this mode, way above the tactical battle level, and figure out how to spend your limited resources. You can take an airfield and then bring in more planes from offshore. Those can help you with recon or strategic bombings, putting the Germans on the defense as you punch holes in their lines. But you still have to go in and fight tooth and nail for the key cities on the map.

It felt like it took forever to reload the sea-based bombardments and air power, but I suppose they can’t make the allies overly powerful on that front. I enjoyed the strategic map a lot and so I often auto-resolved tactical battles so that I could keeping playing on the strategic level. Mele said that the team is perfectly happy letting players decide whether they want to fight strategically or tactically.

Mele said that the team has modified the heads-up display (HUD) a lot over time to make it easier to use. I felt it was better as well but can’t put my finger on it. I noticed I could keep better track of the artillery cooldowns and make full use of them by firing the offmap artillery onto the map when it was reloaded.

I also noticed that the firefights were longer and less one-sided. In the past, I would send some units to take on an enemy unit and then come back and find one side or the other (usually my soldiers) were dead. Mele said the team tinkered with the “time to kill” calculations so it felt more authentic.

The missions have been tuned for the level of aggression required, particularly in the earliest missions. That gives you a chance to get a grip on the mechanics before you get too deep into fighting, Mele said.

It was challenging to play without first going through a process of learning how to build and use my units. But that’s what the early part of the game will be about.

If I had a flaw, it was getting beyond maintaining my line and making a big investment in a particular push forward on the maps. That always seemed key to victory. I had a hard enough time just keeping up with production and holding on to the territory I had seized.

But whether I was fighting against humans or the computer AI, I never got the sense that war was easy and my opponent was easy to beat. That’s the way it should be.