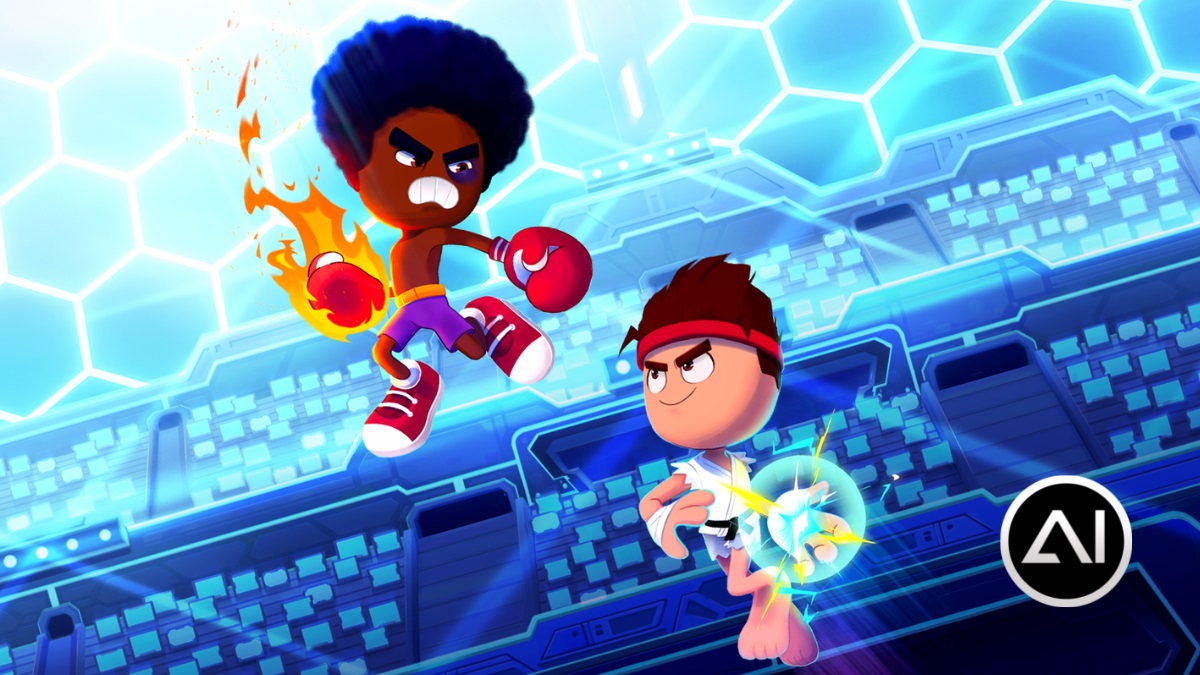 ArenaX Lab‘s mission is to educate people about artificial intelligence and inspire them to become AI developers. It has created an AI fighting game dubbed AI Arena to bring that goal to life.

The company believes humans haven’t adapted to the presence of AI yet, so it created a game where humans can train AI characters and then set them loose in a Smash Bros. style fighting game. ArenaX Labs aims to educate players and reward their efforts with non-fungible tokens (NFTs). The developers hope to expand the potential audience to both an education angle and NFT enthusiasts.

The company was founded to make indie games in 2018 by three cofounders: Brandon Da Silva, Dylan Pereira, and Wei Xie.

After they discovered NFTs in 2020, they recognized these were essentially “containers” that could house any digital item with value. This sparked the idea of wrapping AI in NFTs, which began their journey in developing AI Arena. They felt the game could be fun, educate players, and grow new AI talent.

ArenaX Labs was incorporated in 2021 with a $5 million seed funding round led by Paradigm with participation from Framework. Today, the company has grown to a team of 20 people from around the world.

AI Arena is a game built on human and AI collaboration. The company said it’s Frankenstein mix between Super Smash Bros. and Mario Maker, but with “intelligent” characters.

In AI Arena, gamers can purchase, train and battle AI-enabled NFTs in a PvP platform fighting game. The objective is to knock your opponent off of a platform.

Players can purchase, train, and battle NFT characters powered by AI. Humans help these characters improve through a process called imitation-learning, where the AI learns skills by observing human actions. In turn, the player can assess the AI’s abilities via the “AI Inspector” and pinpoint weaknesses that serve as focus areas of training for future improvement. From there, players “enter” their AI to battle against other AIs in the arena. These AI battles are autonomous, creating video content that the company says will put you on the edge of your seat.

When you feel your character is ready to fight, you submit the NFT into the arena to compete. Then it’s your turn to sit back and watch the action. Your NFT will fight autonomously against opponents near its skill level. The objective of the game is to train the most powerful AI NFT, climb the global leaderboard, and earn rewards in native tokens called Neurons or $NRN.

AI Arena said the game is easy to pick up but hard to master. The game drives the pursuit to train better AIs, creating an infinite competition-fueled loop. AI Arena brings together the general public, gamers, AI engineers and researchers to show off their skills, engage in intense competition and reap Web3 native rewards.

NFT characters are “born” with battle attributes that do not change. It’s up to the human player training the AI to account for these quirks and help the fighters maximize strengths while minimize weaknesses.

The company said it put the game and its philosophy to the test within its early community. During one of the early beta tests, one particular player, Jelo from Anambra, Nigeria, upended the competition. Having no prior experience in AI and facing competitors who already had some experience under their belt, Jelo picked up the gameplay–and AI intuition–quickly.

While most players were converging to a similar training strategy and fighting style in the game, Jelo developed a more evasive strategy for the AI. His AI beat the competition by using a shielding move to absorb attacks followed up with quick counters. He ended up taking the top spot in the second competition while leading his team to victory in the team event.

“I’ve always been on the sidelines when it comes to machine learning and AI,” Jelo said in a statement. “AI Arena bridges that gap for me. It’s difficult to fit everything AI Arena means to me in one writeup. Because it represents everything to me. From being a fun element, to an educational system, to a work tool.”

The company said Jelo is a testament to why it created AI Arena. The product enabled him to showcase his talent that might have otherwise gone unnoticed.

“This story showcases how we will educate the world about AI, inspire the next generation of players and researchers, and prove that an AI-powered world can enhance the richness of human experience rather than pose a threat to it,” AI Arena said.

AI Arena battles feature edgy character NFTs powered by these player-trained AI/ML algorithms. These NFTs will have in-game utility. They can be owned by anyone, thereby expanding the market opportunity for researchers supplying the AI models.

The game is built on the Ethereum blockchain now, but it will go live through multiplayer Layer 2 technologies on Ethereum.

In the future, the company hopes AI researchers will be able to supply different types of models in the future. The company hopes to officially launch in the first quarter of 2023. The first generation NFTs will drop prior to the Mainnet launch of the game.

“Today, application of AI is generally domain-specific. We want people to use AI in an engaging way without having any technical skills – so we developed a game,” the company said. “Games have a more universal appeal and meaningfully expand the target market. It serves as the perfect abstraction medium to distill complexity and increase engagement.”

AI Arena is a project at the intersection of many different domains including but not limited to: AI/ML, Web3, NFTs, gaming, and education. While the core platform is focused on the game, the company aspires to a grander mission of democratizing AI.